Sicily, a Crossroad of Civilizations 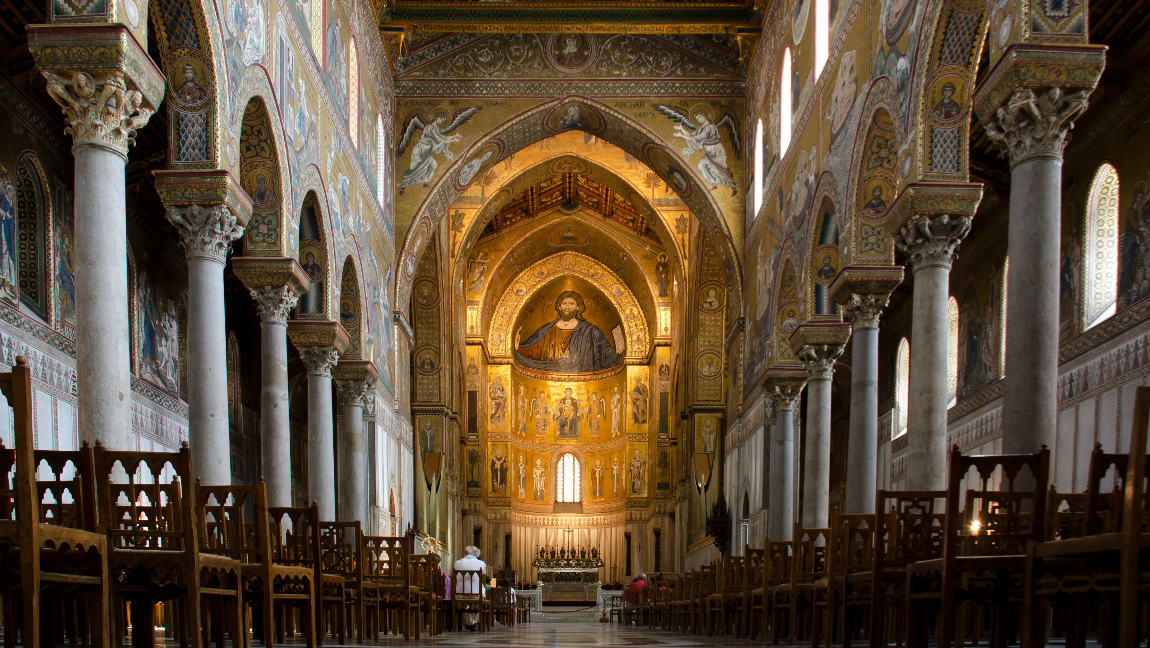 Over 2,500 years at a strategic center of the western world have left Sicily with an unparalleled historical legacy. Nowhere else have Phoenicians, Greeks, Romans, Byzantines, Arabs, Normans, French, Germans, Spanish, Italians and even British left such an indelible impression. Greek temples, Roman villas and aqueducts, Norman cathedrals and Baroque churches, Sicily offers a range of historical sites that is not easily matched.

- The legacy of Greeks and Romans, Arabs and Normans their monuments and -- architecture.

- The spectacular natural beauty of coasts and mountains.

- The splendor of its Baroque palaces.

Highlights of the program include:

• Agrigento and the “Valley of the Temples”: This splendid archaeological park consists of eight temples (and various other remains) built between about 510 BC and 430 BC.

• Piazza Armerina’s Roman Villa. Built in the middle of the 4th Century AD as a hunting lodge by a Roman patrician the Villa is home to some of the best preserved and extensive examples of Roman mosaics.

• Syracuse (or Siracusa) was the most important city of Magna Graecia. It defeated the mighty Athens in 413 and was home to many a great Greek, including Archimedes. The archaeological site, situated in the northwest of the town, is home to a staggering number of well-preserved Greek (and Roman) remains.

• Taormina and its Greek theater.

• Private lunch in a “masseria” ( a farm producing wine and olive oil, among other products), owned by an aristocratic family, received as friends. Private visit invited by the owners of Villa Tasca, Palermo's largest and most private residence, within a four-hectare garden, city seat of the great Tasca d'Almerita.

Would you like an itinerary for your group of friends, family, club, or affinity group? Contact us with your travel dates, destinations, preferences and number of people attending. We will work with you to suggest a program that fits your requirements.